You are here: Home » STSM » Discussing knowledge graphs with DERI – STSM of Laurens Rietveld to the NUI Galway 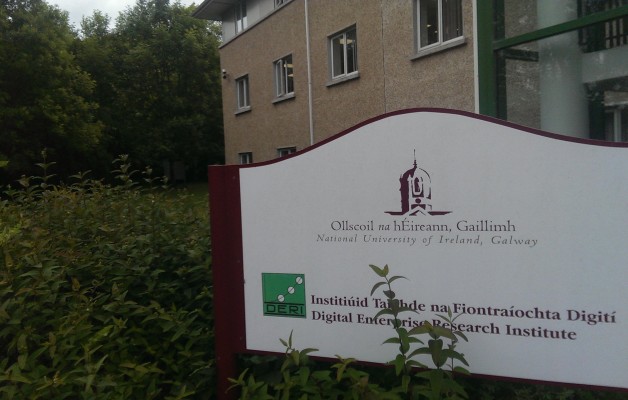 The DERI institute of the National University of Ireland, in Galway, is one of the biggest Semantic Web groups around. Their research spans across most Semantic Web areas, and their project are quite practical in nature: solving real-world problems involving the Semantic Web. My choice to visit DERI was a logical one, as my research topics overlap quite nicely with the topics DERI is involved in. For example, my research involves analyzing the structure of large knowledge graphs (RDF graphs), to find the most ‘interesting’ subsets of these graphs (for the purpose of sampling). DERI is involved in analyzing these RDF graphs as well, for the purpose of summarization. A different use case, but an overlap in approach. Additionally, they work on smart caching of (partial) query results, which comes close to my use-case of sampling as well. Other obvious links are the SPARQL editor I created, to access these large knowledge graphs. This editor builds for a large part on tools and libraries written at DERI. Finally, I’m involved in crawling the whole LOD cloud, in order to analyze and visualize the LOD cloud as a whole. This work is very similar the LOD cloud visualization done by Richard Cyganiac, as well as work done by the DERI spinoff Sindice.

I had some interesting discussion at DERI: with Richard Cyganiac on visualizing the LOD cloud, with Pierre-Yves van den Busche on enhancing the access to his Linked Open Vocabularies service, and with too many people to mention, mostly exchanging ideas on research topics, tools, and finding links between the work at the VU University Amsterdam and DERI.

To summarize, I had a fruitful week in Galway: the discussions sparked new ideas, and we were able to find useful links to pursue, both between my research and theirs, as well as between research topics of others at the VU University and those at DERI.

During the STSM in Amsterdam, I was able to establish connections to various scientists and to get additional ideas, which will help me to pursue...read more →