Evolution and variation of classification systems – how stable is the organization of knowledge and how diverse is its representations? Toward a Metadata Observatory

For digital libraries and archives mapping schemas, ontologies, all different kind of Knowledge Organization Systems (KOS) belongs to the daily practice when ingesting information from different sources. In computer science, the technical term for this task is ontology alignment. In particular with the emergence of the semantic web, the need to integrate heterogeneous data into one web of knowledge has grown. Further, these ontologies under revision and change over time. So the complexity of ontology alignment is exacerbated by the challenge of version identification and control. Ontologies have a long history, and are as a topic of reflection situated among philosophy and computer science. However, there is no atlas of ontologies, KOS or metadata schemes nor a registry or index to search across different existing ones, including all versions. The current landscape is a set of isolated registries with disjunct purposes and scopes. We miss a common language to describe basic attributes of KOS, as their knowledge domain specificity, depth, age, or complexity. This workshop explores way to define an attribute space in which KOS can be compared among each other and across time. Inspired by the study of planets and stars in the heavens, the long-term goal is to build a metadata observatory.

The workshop is open, if you want to join us please send a short message to Andrea Scharnhorst [andrea.scharnhorst at dans.knaw.nl]

[You cannot miss the building which is to the right if you come with the metro from the city center and leave the station Overamstel in the direction of the train. There is a reception which will let you in, and some signs to the workshop.]

From 9.30 onwards arrival with coffee and get to know each other – Andrea Scharnhorst and Christophe Gueret (DANS, eHg KNAW)

Abstract: For the past fifteen years there has been a growing interest in describing metadata in the wild.  That is, to move the conversation away from didactic texts that instruct information professionals on how to build metadata schemas and indexing languages, toward the study of how this work is actually getting done, reinterpreted, and made meaningful after the design and phase.  Researchers have looked at metadata in the wild from a number of perspectives.  Bowker and Star examined knowledge organization structures as infrastructure (2000).  Andersen (2005) and Feinberg (2011) looked at the descriptive turn through likening knowledge organization structures to various kinds of genre and rhetorical turn.  In my own work I have looked at how indexing languages have changed over time (Tennis, 2002; 2005; 2012) and begun work on frameworks useful for comparing across metadata practice domains like archives, libraries, and museums, among others (Tennis, 2008).  Taken as a group, we can describe these columns of research, perhaps, as the population perspective of metadata research.  This conjures up the common thread in all these types of investigations: what is happening in the population of extant knowledge organization systems?  In this talk I introduce these separate streams of research, then frame their commonalities and complementarities under the population perspective aegis.  I then point to places where more work can be done in an effort to better understand metadata in the wild.

References
Andersen, J. (2005).  Call for papers. 16th ASIS&T SIG-CR Classification Research Workshop, 2005,  “What knowledge organization does and how it does it: Critical Studies in and of Classification and Indexing.”  Available: http://dhhumanist.org/Archives/Virginia/v18/0597.html; Bowker, G. and Star, S. L. (2000). Sorting Things Out: Classification and Its Consequences.  MIT Press.; Feinberg, M. (2011).  How information systems communicate as documents: the concept of authorial voice. Journal of Documentation 67(6), 1015-1037.

Dinner (to be determined) 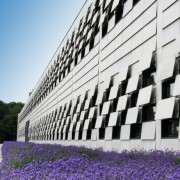