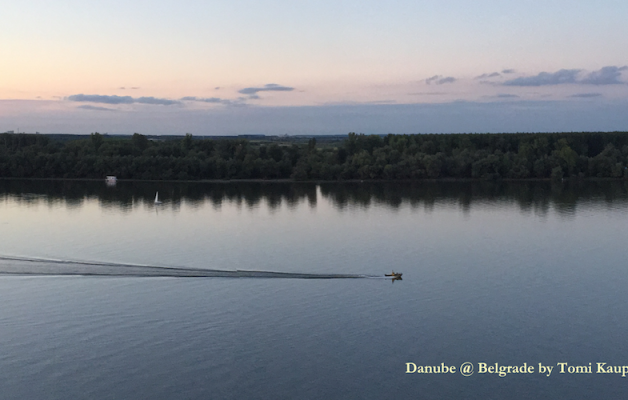 Report of my STSM at the Institute of Physics Belgrade during August 16-22, 2015, hosted by Dr. Marija Mitrović Dankulov

First of all, I have to say that the week of my STSM was far beyond my already very high expectations. I arrived on Sunday 16th of August at Belgrade, and next day we initiated the work week by scheduling all we had planned to discuss and achieve during the week with Dr. Marija Mitrović Dankulov. This scheduling, free brainstorming and introductions with new people were a very nice and promising start. We came up with an idea of having one or max two issues per day to work on, and then started to follow the schedule.

During the Monday afternoon after the lunch we discussed with a critical look on the technical draft we had produced during the last months about our joint research on studying patterns of selected scientific activities. During this discussion we got convinced that both the approach and the results are very promising and thus we should move on to the next step of preparing a manuscript to a journal.

To make this concrete, we started Tuesday by a joint writing event to produce an abstract. We made use of 15 minutes to jointly write the first version, which we then adjusted over the next few hours. We also squeezed the abstract to several different titles, out of which we selected one to be the working title. Further on, we devoted the Tuesday afternoon on exchanging ideas and plans on social media analysis. This resulted in interesting observations about the network nature of social media and its relation to spatial phenomena. As a result we plan to develop new models for understanding social media patterns.

On Wednesday we looked at the emerging Smart Cities concept and shared our experiences on related projects from our portfolios. Clearly sensors, both technical and human ones, play a central role in producing interesting raw data. However, we need to support producing higher-level observations from this raw data via novel methods. This turned out to be a yet another very rich area that we can collaborate on. Further on, working on Smart Cities will benefit from a good consortia, which we already started to gather from our existing contacts.

Later that day we continued on concrete project plans together with the director of the innovation center. We found out novel angles to studying Big (Spatial) Data, and created an agenda for creating new research projects in a tight collaboration with the Innovation Centre of the Institute of Physics Belgrade.

On Friday morning we had with Dr. Mitrović Dankulov the idea of discussing completely free of any predefined agenda. This session – that we called “out of the box session” – started by sharing ideas on our hobby projects. It turned out that we both are very interested in combining social with spatial in terms of understanding phenomena. Very quickly we realized that this might even be the biggest new research idea we came up with during the week. Thus we sketched the ideas as concrete plans for research settings, and look forward to realize them as new research projects.

On Friday afternoon I gave my talk on “Supporting hypotheses generation via visualizing the web of (spatiotemporal) data” for the people at the institute. The abstract of my talk was:

Understanding what happens in the world is crucial in order to make informed decisions. Further on, we evidence now the availability of a big web of data consisting of a huge variety of observations. To name a few, these observations cover phenomena reflecting economical (like market prices), ecological (like land use changes) or social (like population) dimensions. In this talk I discuss our efforts to support the generation of useful hypotheses from the web of data. For this I will present the idea of Linked Data, and show via cases how to interactively explore the web of data at different levels.

The atmosphere in the talk was nice; many interesting discussion points were raised. Questions ranged widely from data production and observations to analysis and visualization. We finished the week by a social gathering around delicacies and wine at the lab premises. With this we nicely celebrated a very inspiring STSM together with both the people of the lab and many international guests.

First I would like to express my warmest thanks to Peter Mutschke, and to my visit co-ordinator Andrea Scharnhorst for their continuous support and the...read more →

How to do a STSM?

STSM – Data management at a commercial environment. A visit at the Times of Malta. Report by Elli Papadopoulou and Sotirios Sismanis.

Data management at a commercial environment: conducting a mini data audit on the data produced by the Times of Malta Host: Professor Milena Dobreva, University...read more →