You are here: Home » Working groups » WG 1: Phenomenology of knowledge spaces » After “Evolution and variation of classification systems” – a workshop report by Andrea Scharnhorst 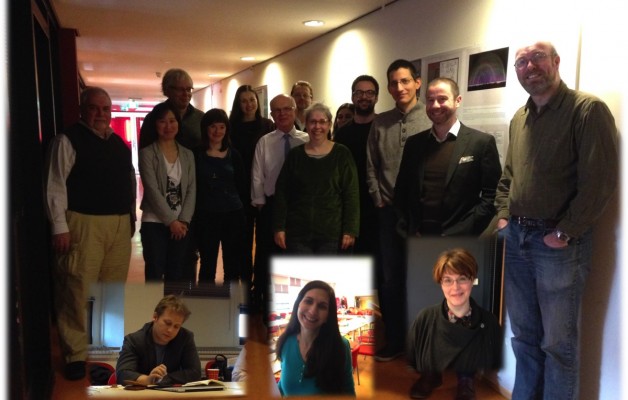 From March 4-5, 2015 a two-day international workshop took place in Amsterdam, hosted by the eHumanities group of the Royal Netherlands Academy of Arts and Sciences. The title of the workshop was

Evolution and variation of classification systems – how stable is the organization of knowledge and how diverse is its representations? Toward a Metadata Observatory

Its programme can be found here: http://knowescape.org/evolution-and-variation-of-classification-systems-knowescape-workshop-march-4-5-2015-amsterdam/

Inside of the field of Knowledge Organization there are only few researchers which have reflected about the change in Knowledge Organization Systems (KOS). Among them are Joseph T. Tennis from the University of Washington, Seattle and Richard Smiraglia from the University of Wisconsin, Milwaukee. In his keynote Joe Tennis showed the fate of some concepts, such as eugenics, in classification systems as the Dewey Decimal Classification (DCC). Comparing editions of the DCC and what DCC codes have been assigned to books in library catalogs he demonstrated how catalogers creatively apply authorized classification systems in their daily work. The web enables to make traces of such work visible, it also allows to publish catalogs of libraries, archives and musea in a machine readable way. In this process the distributed efforts of those ordering knowledge become visible for the first time. But when lifting this information to the web, local contexts of this distributed process of ordering knowledge are not always equally transferred, so contextualization might be lost. But even in cases where  contextualization is not lost another problem emerges. If multiple instantiations of one work or objects are published together with its local metadata, organizations as OCLC and Europeana struggle with record duplication and problems of data integration. The merging of local contexts into a global one will never be complete, simply because the local documentations are not build to be transferred, and sometimes they also not complete either. To give an example: UDC numbers in MARC records (a data format for bibliographic information) almost never contain the number of the UDC edition from which they have been applied. We know that even Universal classifications as the Universal Decimal Classification (UDC) of Otlet change substantially over time. How can an authority institution such as the UDC Consortium, publish the UDC as Linked Data, thus making it available to others for re-use, without increasing ambiguity? There is a need to further discuss the relevance and role of high-level KOS and good provenance practices, so that semantic web technologies can unfold their power. There is a wide, almost virgin field for theoretical studies into changing KOS. One first step would be to build a share resource of different KOS suitable for such an observatory. The selected KOS could than be described and ordered along general characteristics. Such a kind of baseline statistics for KOS could be complemented by building macroscopes, maps, for KOS. For the time being, we are confronted with many registries for KOS, for specific knowledge domains, for Linked Open Vocabularies, for specific projects, which are not indexed and mapped properly. There is a  Herculean task for Knowledge Organization specialists out there – namely to order their own professional knowledge to make it better accessible for others which also build vocabularies, ontologies, and classification systems. The success of books such as “The Elements of Knowledge Organization” by Richard Smiraglia (2014, Springer) seem to proof the need to share knowledge about KOS among all those dealing with it. The last section of the workshop supported such a knowledge transfer and was devoted to a collective commenting to a current document of the W3C consortium concerning “Data on the Web Best Practices” (moderated by Christophe Gueret, WG leader in TD1210 and member of a writing group inside W3C). What else remains to be said can probably best be expressed by the voice of one of the speakers. I recommend to read Paul Groth’ blog entry “Data analysis in the face of changing Knowledge Organization Systems” on https://thinklinks.wordpress.com/.

Map of Science – an update