You are here: Home » Knowledge maps » After the Third Annual Knowescape Conference – a report from Mons 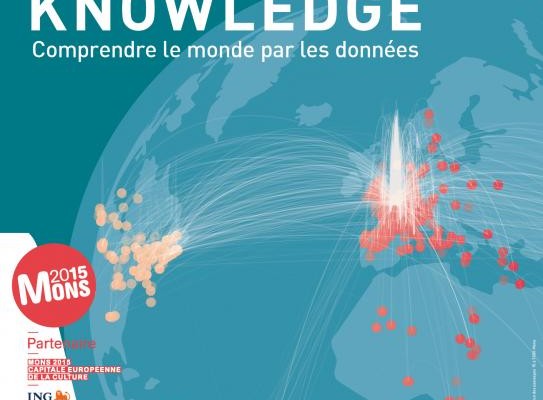 When we, in 2014, started to discuss the possibility for the Mundaneum to host one of the Knowescape conferences, we all wanted to create a special meeting making a bridge between the aspirations of Knowescape scholars and the visions of the founder of the Mundaneum Paul Otlet – the father of the field of documentation and information, and a visualization pioneer himself.
“There’s no escape from the expansion of information”: as an information science pioneer Paul Otlet foreshadowed that reality since 1890.

The conference location – the Mundaneum museum and conference center, just reopened in June 2015 – offered the possibility to design a kind of ‘other’ conference. The COST funded Knowescape research network has in its program committed itself to visit musea, archives, libraries as part of its research and networking endeavor. Mons, European capital of culture in 2015, also offered the possibility to aim for a wider societal impact, obligatory in the portfolio of current science and research. The actual exhibition “Mapping Knowledge – Understanding the world through data” did not by accident echo the motto of the Knowescape and its 3rd annual conference. Several Knowecsape members advised the making of the exhibit. The conference program took the idea of being open to a wider public up through two evening keynote lecture attended also by others. 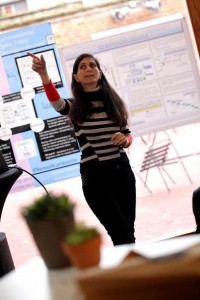 Under the title “From data to knowledge”, the conference gathered together more than 40 scholars from more than 16 countries from Europe and from the USA. Ranging from “Popularity in Twitter” to “Algebraic Topology Analysis of Networks”, from “Conspiracy Theories” to “Innovation Hubs”, from “Data Exploration” to the “Growth of Information Issue”, from “Deleuze Philosophy of Rhizomatic Knowledge” to “London’s Open Data”, “Homophily and Interdisciplinarity in Scientific Production” or “Visual Interfaces to Sciences”, the 3 day conference program was as diverse as dense, combining speeches and posters presentation.
A scholarly program punctuated with cultural breaks in a very balanced way. Despite the regretted absence of our first keynote speaker Eugene Garfield, we hosted a very inspiring panel discussion about the pro and cons of Open Science and its evaluation, preceded by a recording greetings and interview with Eugene Garfield. The second keynote of César Hidalgo’s from the MIT Media Lab inspired the assembly by guiding it through information theories and practices of past, present and future.

It was such a great honor for the Mundaneum team to welcome the participants of Knowescape as a vibrant tribute to their founder Paul Otlet.

“When bits and bytes come to play and dance,
They always find humans to help themselves grow.
Never stop computing!” César Hidalgo, Mundaneum, 8/10/15

This 7th iteration (2011) of the ongoing exhibition Places and Spaces explores the utility of science maps as visual interfaces to digital libraries to support...read more →

Members of our community have investigated the French elections as case for both dynamic modelling of complex social systems and large-scale data visualisation. David Chavalarias,...read more →