You are here: Home » Knowledge maps » COST Exploratory Workshop “Integrating the Stake of Rare Disciplines at the European Level”, September 9, 2015 – a personal account 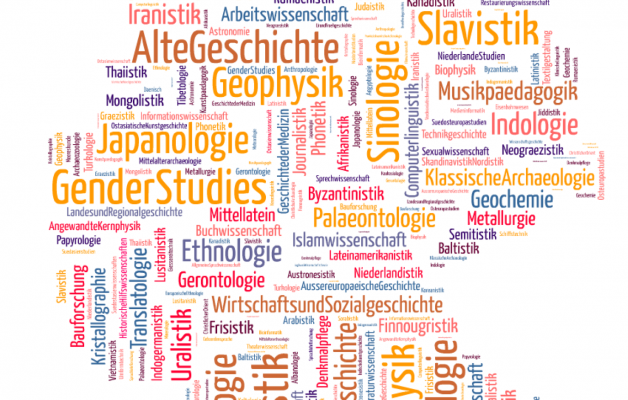 On September 9, 2015 the COST Association and the National Rectors’ conferences of France (CPU), Germany (HRK), Hungary (MRK), Poland (CRASP) and the Netherlands (VSNU) hosted an Exploratory Workshop “Integrating the stake of rare disciplines at the European level”, in Brussels (Belgium). This workshop was held with the participation of the European University Association (EUA).

“Disciplines”, Kevin Boyack says, “are adequately described by inertia” and he continues “The formation of a new discipline is not a common event. Those new disciplines that do form have a good chance to become emergent (bioinformatics and nanoscience are recent examples), but those smaller disciplines that have been around a long time are likely to stay small.” (personal communication, 2015). Having said this, there is also science dynamics, and the science system has been compared to a living ecosystem, in which disciplines and fields emerge, grow and disappear. Of course it all depends of the time scale and the level of granularity on which those changes are studied. When Copernicus studied in the Renaissance time, he had the choice between seven liberal arts (grammar, logic, and rhetoric; and arithmetic, geometry, music, and astronomy. Today the Frascati Manual, an UNESCO classification of science used by OECD, still encompasses six main disciplines (Natural Sciences, Engineering, Medical Sciences, Agriculture, Social Sciences, Humanities and Fine Arts) but with many more sub-disciplines of considerable size each. Moreover, there is by no mean a common agreement how to define a discipline, a field, or a specialty (see Sugimoto, Weingart 2015).

Increasing specialization and corresponding collaboration puts a strain on profiling higher education. For many universities the question emerges if the idea of a Humboldtian science or university with a full portfolio of all disciplines is actually viable. How should we treat disciplines with few experts and small student numbers? As endangered species in need of specific preservation or as outdated and best to be replaced by new fields for the sake of progress in science?

The interesting discussion at the workshop revealed that the situation is by no means that simple. The workshop brought together the heads of rector conferences from several European countries and university networks. A coordination of higher education at the European level seems to be wishful, but there are also legitimate national interests. To give an example, to study Kroatian language and culture might seem to be best done at a Kroatian university. However, Hungary with a Kroatian minority might have very good reasons to keep this discipline in its education portfolio. Some fields of archeology, as small and exotic they might appear, have an immediate relation to current global developments, as an emotional testimony of Tamás Dezső made clear. He said “if someone asked me what the functions of ‘rare disciplines’ are, I would readily answer that without the help of an academic discipline, such as assyriology or archaeology one would not be able to provide adequate answers and adequate solutions for the broad-scale destruction of archaeological sites and the cultural heritage in Syria and Iraq.” (see here for the full statement)

Giving up on ancient languages as Ancient Greek and Latin actually cuts us from be able to re-appropriate and reassess knowledge in those texts which stand at the beginning of the European civilization as Howard Hotson (COST Action Reassembling the Republic of Letters 1500-1800) pointed out.

There is no easy solution to this problem. But a first step would be to actually map the various definitions, and the actual situation in various European countries. The task put on the table was to create an observatory for ‘small disciplines’.

Consequently, in the second half of the meeting a lot of the discussion in the brainstorm groups was devoted to the question what to map, how to map, and how to exchange the observations. If it comes to the methods of collecting empirical evidence, qualitative and quantitative methods can best be combined. A small research unit in Germany (Arbeitsstelle Kleine Fächer) at the Johannes Gutenberg-Universität Mainz collects pointers to and information about ‘small fields’ from German universities directly, feeding this information into a database. Definitions used by this group could in principle be turned into queries in larger databases on research information for those countries which have them on a national level, such as NARCIS for the The Netherlands. Global maps of science – as produced based on journal literature – can be used to trace the number of journals in a field – thus mapping small fields. They could be equally used to science-locate those researchers who are representatives of a small fields. However, none of this triangulation methods will be available on the push of a button. Neither qualitative nor quantitative approaches, be it on the basis of research information, research output or information on education, will be all encompassing, hence a collaboration and coordination is very wishful.

To contribute to this question from our Knowescape network is a challenge. We will discuss in Mons if one of the upcoming events could be use to give room to discuss this question. On the level of fundamental research about the dynamics of science in present and past there is a natural link with the above mentioned COST Action IS1310.

COST as an organization due to its anchorage in the national science systems, and its devotion to innovative research – rare in the French understanding as being of seldom and emergent character – is a quite natural platform to enable meetings and discussions on this topic. To be continued….

I would like to thank Kevin Boyack for communication and data exchange prior to the event. Methodologically, the question of how to define a discipline has such been discussed at the workshops on topic delineation in Berlin and Amsterdam.

My slides can be found here

What have knowledge maps to do with statistical information from the past, recorded on lists while going from door to door back in the past...read more →

Map of Science – an update

Rationale Systems to organise our knowledge are as old as knowledge production itself. Today we talk about knowledge graphs, and in them library classifications stay...read more →