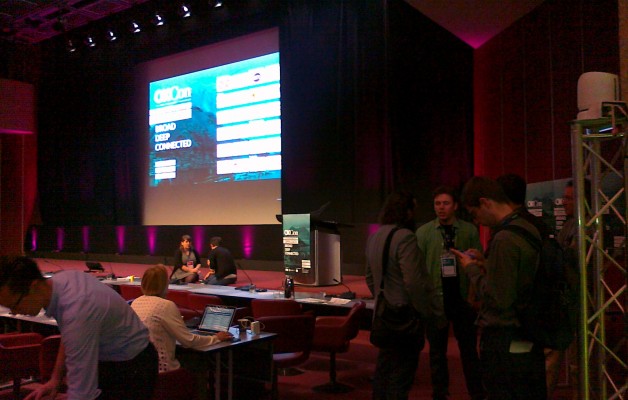 The disadvantage of “hanging around” in science and on conferences for quite some time is that one cannot escape always of deja-vu impressions. Being at the closing of this very lively, ambitious, driven, almost missionary conference of the Open Knowledge Foundation devoted to Open Data and participatory practices in science and society, I suddenly get flashbacks to ‘Internet and Society’ conferences at the beginning of the 2000’s accompanying the dot.com bubble; and the calling for Open Access, e.g. at the  Public Knowledge Project parallel to the emergence as Gold Open Access as new business model for journals. The atmosphere at the OKCON is a mixture of stimulating, political talks; exhibitions of smaller and bigger enterprises; poster sessions of students; and apparently a lot of networking.  I listen to the closing remarks from Rakesh Rajani, head of an NGO and Chris Vein from the World Bank. Do we ‘just’ see another innovative technological?  Maybe. But whatever the political economy behind this conference maybe is, at the location of the conference – at this is one reason to stil go physically to conferences – one also sees a new generation of citizens – highly educated, motivated and driven to change their immediate practices as students, researchers and par of the society. A generation ready to free up creativity. Creative people which also seek for new modes to communicate about their own work – often giggi – in short time to various audience, and use visualizations for this (!). I spot such an example by lurking over the shoulder of Sarven Capadisli and looking at the network of data sets he put up when talking about his work.

By the way: the closing remark is: “This conference is historical for Switzerland, for an open Switzerland as visible by activity on Twitter” 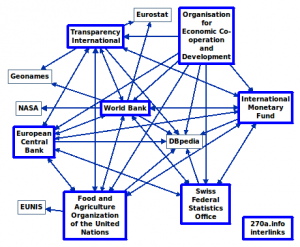 Future of Peer Review and Open Access, Mainz A report about the "2016 Annual EA Conference: “Innovating the Gutenberg Galaxis. The role of peer review...read more →