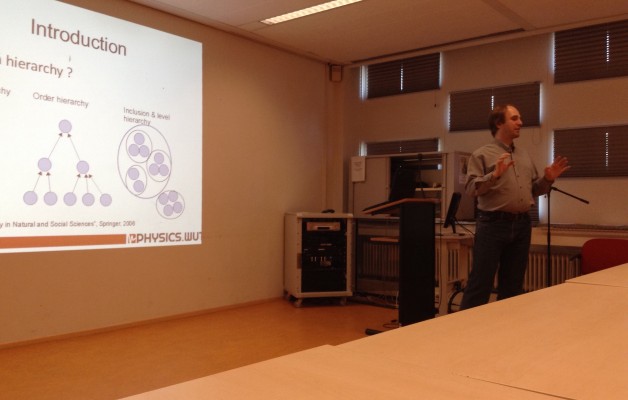 I have visited Amsterdam and den Haag during my STSM from 20.05.2014 to 24.05.2014.
During the visit to DANS institute in den Haag I have discussed the issues with depositing the dataset containing Wikipedia network data in DANS archive with Emilie Kraaikamp. Thanks to the discussion, we managed to solve these issues and the dataset should be available in near future.
I have also discussed eventual plans to obtain and process current Wikipedia data.
During my stay I have discussed with Albert Meroño Penuela about the complex systems approach to evolving ontologies. We exchanged some interesting ideas, so I believe the meeting was fruitful.
I have given a talk at eHumanities group on the topic of “Models of hierarchy growth”, which allowed me to get several useful and interesting remarks.

The last thing accomplished was meeting with Andrea Scharnhorst and Paul Wouters, which resulted in discussion regarding models of peer-review process and its influence on science and plans for collaboration in that topic.

Overall, the objectives of the STSM were achieved, with planned collaboration on peer-review models being an additional benefit.